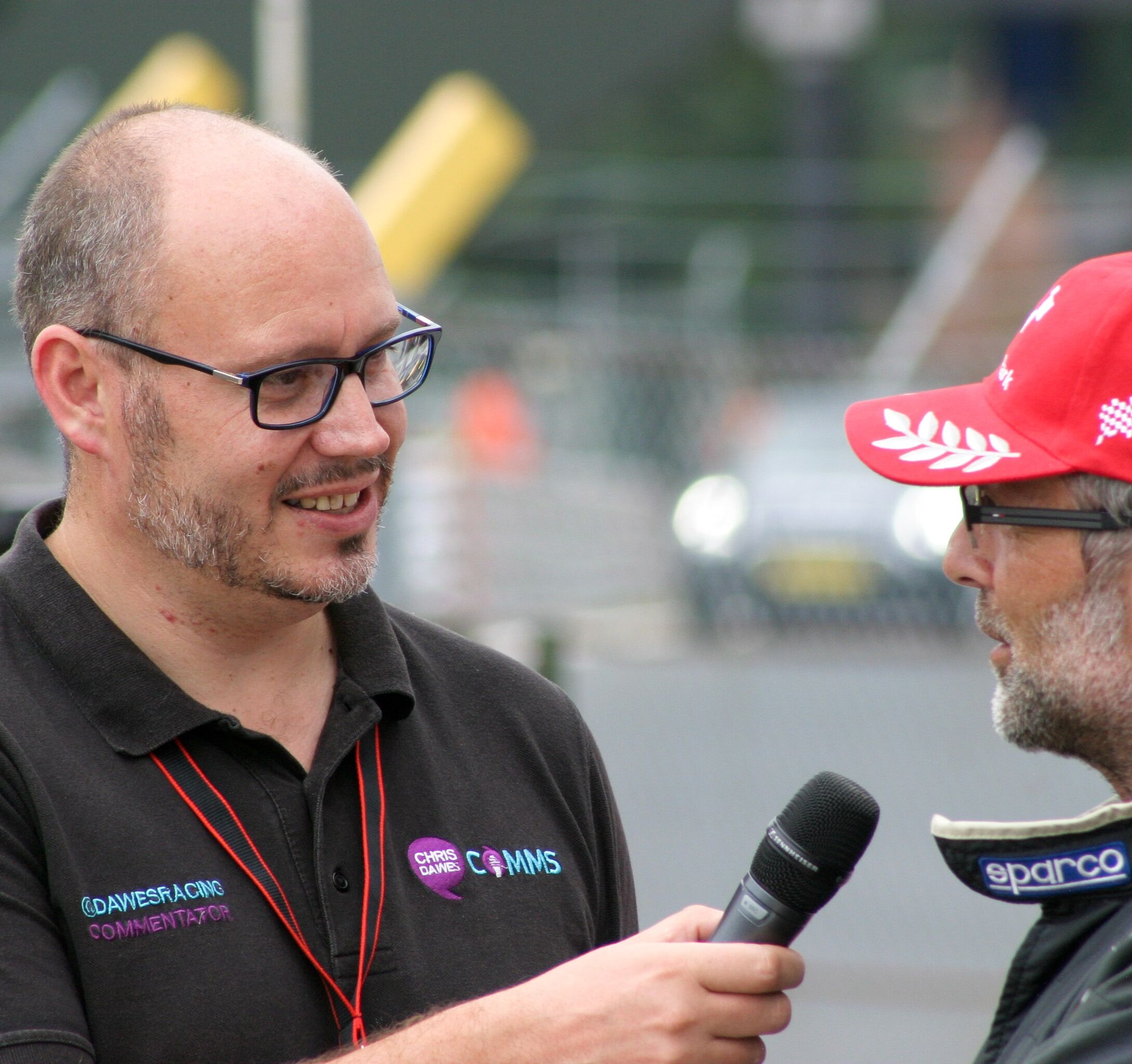 Swindon businessman and commentator Chris Dawes has proved he can talk the talk by scooping an award from a motorsports radio station.

Downforce Radio, a station dedicated to motorsport which broadcasts from events all over the UK and Europe and has a global audience, has named Chris as its motorsports Commentator of the Year for 2019.

He began his commentating career at Wiltshire’s Castle Combe circuit, has just completed his eighth professional year of commentating, and is one of the most sought-after commentators during the March to November season.

As well as being known as the ‘voice of Castle Combe’ he commentates and presents at events held at circuits across the world, with UK venues also including Silverstone, Brands Hatch, Donington Park, Snetterton, Oulton Park, and Cadwell Park.

In addition to Chris’s dulcet tones being heard at the venues, he also adds his “humorous”, “excited motor racing fan”, “inclusive” style to live worldwide online feeds, and highlights programmes on television, plus he hosts numerous black-tie awards nights.

“I am really thrilled and honoured to have been given this recognition from Downforce Radio. I have always loved motorsports and believe I am like a fan who’s got into the commentary box and locked the door so I can’t be taken out!” quipped Chris.

“I think what makes me most proud is being told that despite there being thousands in the crowd at some of the events – such as 30-40,000 spectators of the American Speedfest (Euro Nascar) at Brands Hatch each June – people say they still feel like I am talking directly to them. The whole experience, let alone it now being my profession, is such an incredible honour and so much fun, and I thank Downforce for such a humbling award and their words during the live event.”

This is the second accolade Chris has received. In 2018, he was runner up in the Commentator of the Year category, in the annual awards run by Motorsport Media, which broadcasts Motorsport Radio.

Chris first fell in love with motorsports as a child, when he visited the races at Castle Combe with his father. He was encouraged by his wife, Claire, to apply for a commentator’s role and has never looked back, also adding voiceover artist, live event host, and radio/podcast presenter to his activities as a result.

To find out more about our training services, please get in touch. Our training includes in-house courses, open courses, for groups or one-to-one and is CPD accredited.

And don't forget to signup to receive one email per month with all of our tips and advice articles/videos from the previous month direct to your inbox.

Six ways to get the most from business meetings